I mentioned in the previous post that Mom could not attend the amyloidosis support group meeting on Saturday, June 12, 2010 because she was on a cruise to Bermuda. So how did we get her to Boston for the evaluation on Monday, June 14? Well, it just so happened her cruise returned to the Bayonne, NJ port on Sunday, June 13. And, it just so happens that Mom's cousin Pat lives in that area and was willing to help out. So my wife Cathy and I flew to the Newark, NJ airport on Sunday. Mom and Ed took an airport shuttle from the (sea) port to the airport after they departed their cruise. Ed flew home from Newark, then Pat arrived in her car, and the four of us (Pat, Mom, Cathy and I) drove to Boston. We arrived at our hotel without incident, looking forward to finally getting some answers in the coming week. Incidentally, this hotel (Best Western Roundhouse) is a circular building that used to be a reservoir for the natural gas used to light the streetlamps of Boston in the 1800's. So we were sleeping in an old gas tank. Here's a picture: 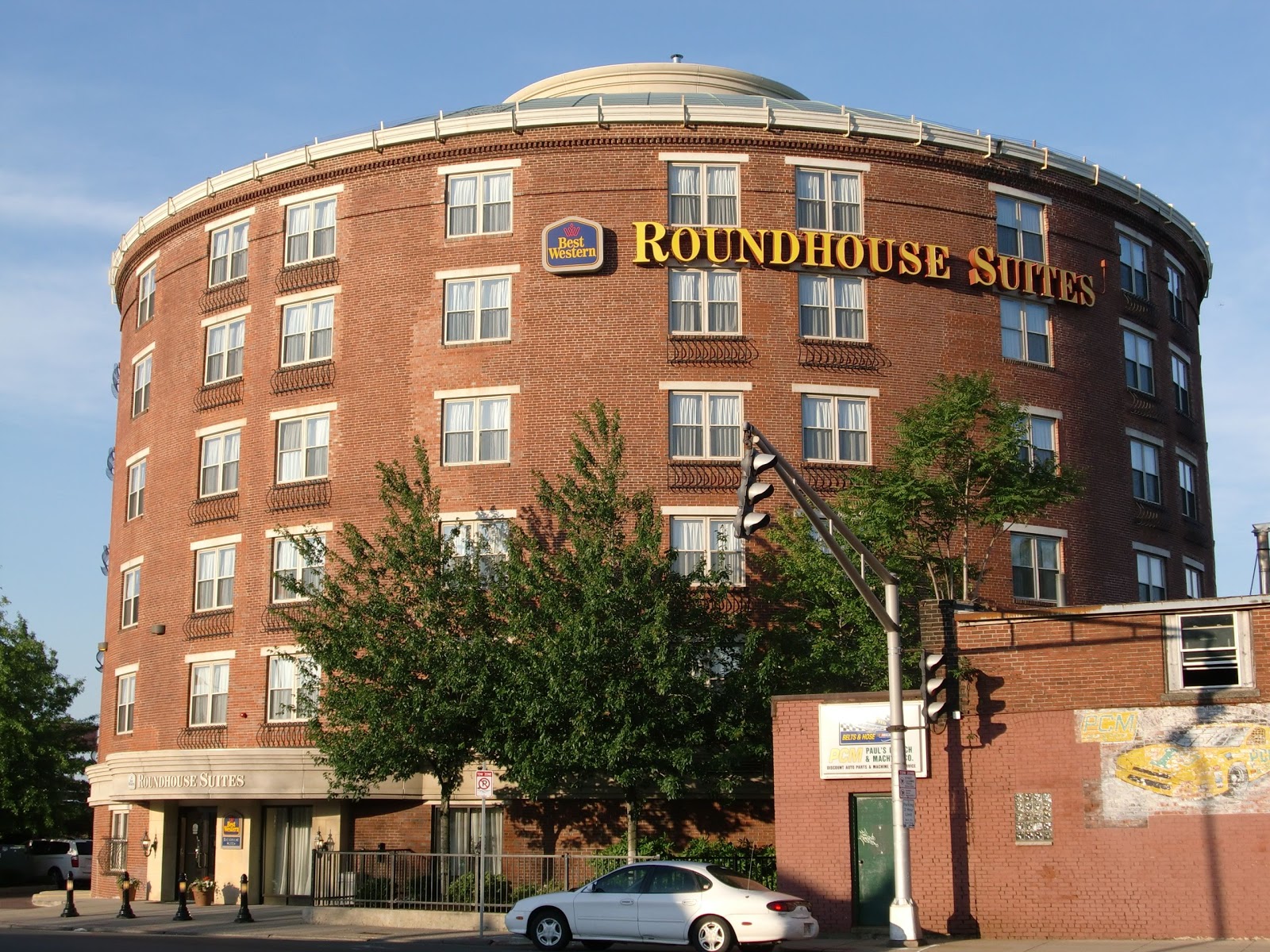 Day 1 of Boston evaluation (June 14, 2010)  --  The hotel was just a few blocks from the Boston University amyloidosis center, so Mom and I walked there. After checking in they sent her to the lab where they took her vital signs and drew a bunch of blood, then gave her the container to use for the 24-hour urine collection. (Mom was very familiar with those since she had done 24-hour urine collections several times for her nephrologist.) Medical tests that day included an echocardiogram, a bone marrow biopsy, and a chest x-ray. Although Boston had records of Mom having these tests done locally, they usually go ahead and do them in Boston to make sure they are done correctly and analyzed correctly.

The only doctor she saw that day was Dr. L, who took her medical history and did a basic physical exam. She (Dr. L) also took a fat pad biopsy, which is where they give a local anesthetic on the abdomen and then extract some abdominal fat from below the skin. It's like a miniscule amount of liposuction with a hypodermic needle. They can usually detect amyloids in the fat pad biopsy of patients with AL amyloidsis.

- A husband and wife. She was getting her annual amyloidosis checkup in Boston, having had a stem cell transplant a couple of years ago.

- A man with two or three family members. He had familial amyloidosis and was there for his first evaluation. I don't think he had any symptoms yet, but wanted to get a baseline evaluation.

- A man with his wife and daughter, I think. I really felt sorry for this guy. He had developed very bad peripheral neuropathy over the past year, and it had progressed to the point where he had difficulty doing things like getting dressed or writing with a pen. In fact, I felt so sorry for him that I gave him the ergonomic pen I was using, a Pen Again. (www.penagain.net)

So that was Day 1 of the Boston evaluation. Rather than get pizza from the vending machine in the hotel (yes, a vending machine that delivered hot pizza), we went to a nice seafood restaurant for dinner. 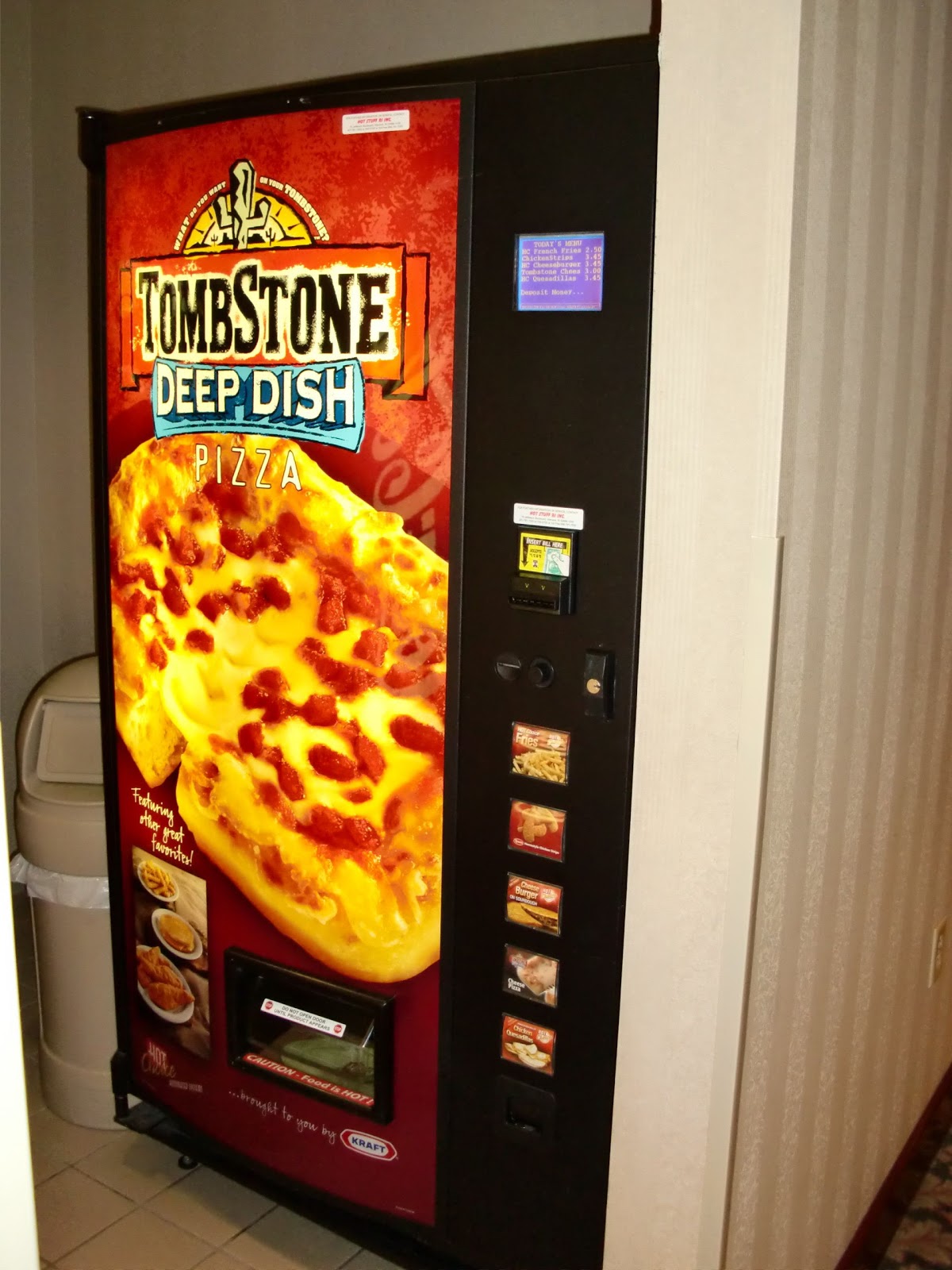 Day 2 of Boston evaluation (June 15, 2010)  --  Day 2 in Boston began with a pulmonary evaluation, where they evaluated various aspects of Mom's lung capacity, both at rest and after physical exertion. At noon there was a support group meeting for the patients who were there that week. It was moderated by a social worker and none of the doctors were there, so it was more of an opportunity for patients to share their stories, and it allowed those who had already been down this road to offer some advice to us newbies.

After the support group meeting we met with the cardiologist, Dr. M. He reviewed the results of the echocardiogram and said there was no sign of amyloidosis affecting her heart, which was really good news.

Next we met with the nephrologist, Dr. S. He said her kidneys were definitely affected by amyloids, and likely by high blood pressure, too. Regarding her blood test results, he said her lambda and kappa light chains were both normal. (Those are not normal in patients with AL amyloidosis.) I remember getting the impression that Mom was a bit of a mystery to him. (He probably had a suspicion but it wasn't his place to speculate. The doctors get together and do that as a team.) We did ask him how much of Mom's kidney function was remaining, and he said her kidneys were functioning at about 30 to 40%. That was the first time either one of us had heard that number, so we were both a little shocked by that.

Our last appointment of the day was with another Dr. S, who would go over all the test results they had so far and hopefully give us a diagnosis and a suggested treatment plan. So, what did Dr. S have to say? Stay tuned . . .

New comments are not allowed.